The origins of the Agile approach – Tom Gilb 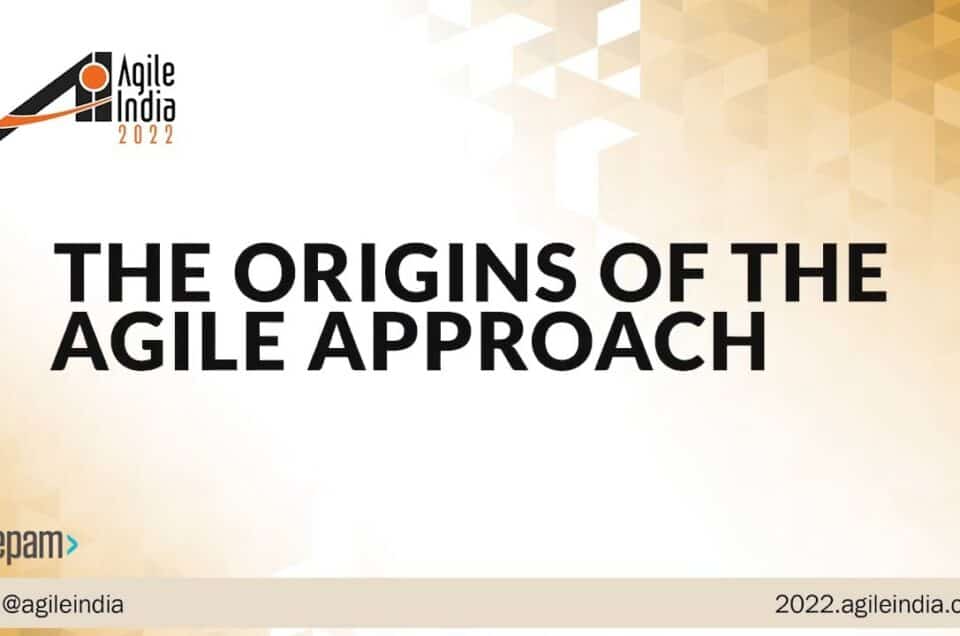 So I was about 20 years old, and the year was 1960, and I was confronted with customers in industries which I had no education or growing up in.

I didn’t know their business very well, and we were getting new computers and programming methods and operating systems, and these were themselves very new. Nobody knew, nobody had an experience, nobody really had any training. And so, long story short, the situation was so complex that I used my common sense, which said, do things one step, little step at a time, move forward, make sure it works. If it works, ratchet it in, take the next step. If it doesn’t work, analyze why it doesn’t, fix things up, try again, and move ahead safely, one step at a time.

In other words, take everything one safe step at a time and move towards delivery of results to the customer. My common sense told me that was the only way I could possibly handle it, because everything was new and everything was complex, and that worked. My intuition served me well. Most of the people who signed the Agile Manifesto, people like Kent Beck, John Kern, Jeff Sutherland, they specifically in writing and publicly have said that what I wrote about this method called EVO in decades earlier, and they were inspired by it to coin the term Agile and start marketing it on a higher level.

So I was doing it intuitively, as I said before, so were lots of people. Almost everybody in programming was doing something very close to it.

It worked very well compared to people who were doing, let’s say, large government projects with a waterfall model and failing. They’d spend years and millions, and they would fail. So we learned that the method worked, and I started writing about it. So I started writing about it in the 70’s in Computer World, Computer Weekly, and in books like my software metrics book, published 1976 very explicitly, and I’ve been writing about it and teaching about it all my life. So the guys who popularized it and turned it into a commercial business called Scrum and Safe and these things, they explicitly credit me with having been a large part of their inspiration and the first person to actually do this and to present it.

So I didn’t learn it from somewhere. I’d learned it from intuition and practical work. I published it, and other people picked it up and commercialized it. I didn’t commercialize it.

The origins of the Agile approach – Tom Gilb